THE AWESOME POWER OF ALGAE 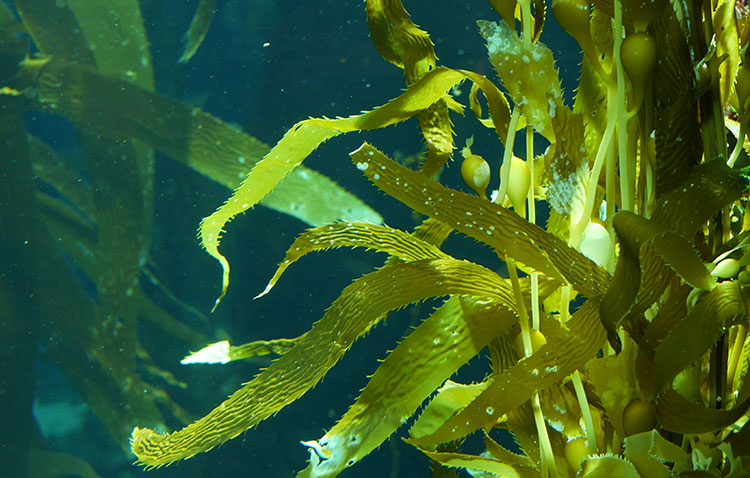 Algae are foods full of properties that, in addition to cooking, stimulate the imagination with their varied flavors and textures

Seaweed, which today proliferates on gastronomic menus and enriches the most innovative recipes, already had a first ‘boom’ several centuries ago. Chronologically, we could summarize it like this (Sánchez-Muñiz, 2012):

Algae have such a nutritional concentration that, in very small amounts, they provide great benefits, as we will see later in this article.

Let’s see, next, what nutrients this food has and what are its benefits.

If we talk about MACRONUTRIENTS

It can be considered that, according to their pigmentation, algae are classified into brown (Phaeophyta), red (Rhodophyta) and green (Chlorophyta).

Let’s analyze which are these macronutrients: proteins, carbohydrates and lipids (Rupérez, Gómez-Ordónez and Jiménez-Escrig 2019). 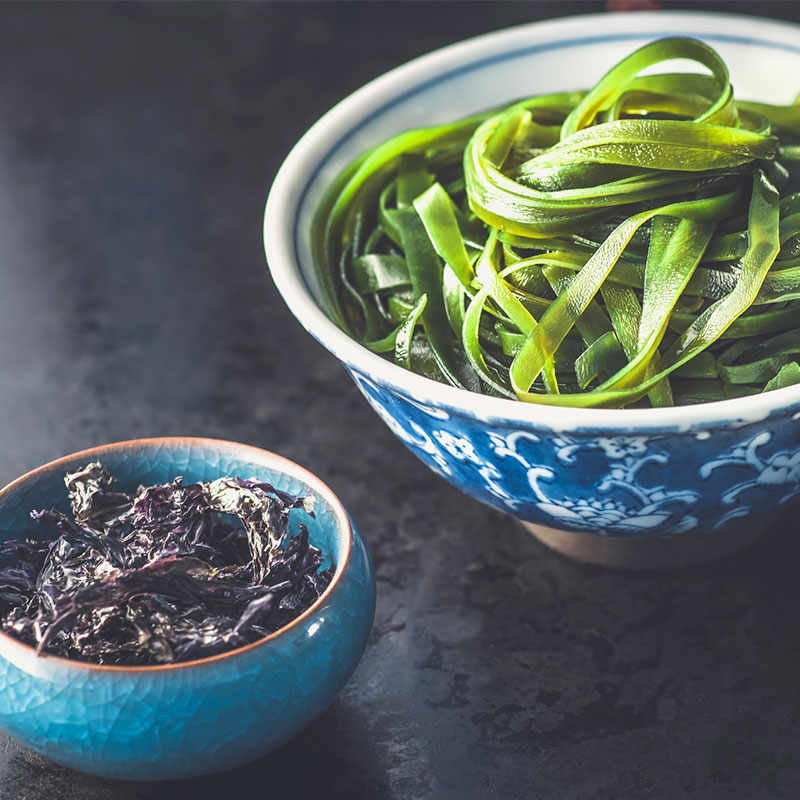 In this case, they are effective compounds against oxidative stress and cell aging, both water-soluble, such as vitamins B3, B6, B12 or C, as fat-soluble, E or a pigment such as β-carotene (provitamin A).

They also have nutraceuticals such as fucoxanthin that, through the thyroid, acts on the appetite center and activates leptin, a hormone that encourages energy expenditure (Barbosa, Coutinho, Costa Lima and Reis, 2019; Atsushi, Kazi, Idam, Nobuyoshi, Junichi et al., 2018).

Let’s see its composition in iodine, phosphorus and calcium, iron, other minerals, vitamins and mucilages. And after that, we will analyze its benefits.

THE BENEFITS OF ALGAE

We are going to highlight the following, considering that they are the ones that may most interest the general population, and that they are essentially due to their abundance in minerals.

Thus, this food stands out for having beneficial results in the following areas (Atsushi, Kazi, Idam, Nobuyoshi, Junichi et al., 2018):

In short, it seemed difficult to imagine so much profit in these “pesky plants” that invade beaches and stubbornly entangle themselves in nets and anchors.

But the most recent research is infinitely increasing its possibilities and its benefits for human beings, not only at the culinary level, but in many areas of application, given the macro and micronutrients they have, which make them suitable for a myriad of uses. .

Its benefits are fully proven in many scientific investigations, to the point of considering algae as the resource of the future (Barbosa, Coutinho, Costa Lima and Reis, 2019).