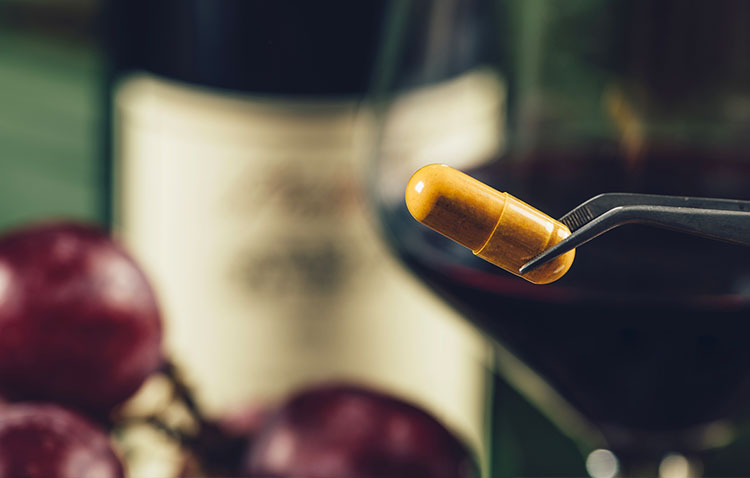 From the black grape we can obtain two natural components with excellent antioxidant properties.

One of them, OPC is extracted from the seeds of the grapes, and the other, Resveratrol, is found in the skin and seeds.

Both can greatly benefit human beings, helping them to protect themselves from the effects of aging at different levels, so the consumption of nutritional supplements can be very advantageous for those people concerned about having a healthy life, as far as possible from discomfort and diseases.

THE OPC OF THE GRAPE AND THE RESVERATROL

Resveratrol is a molecular component prominently present in black grapes, especially its skin and seeds, although it is also found in the roots of a plant in Japan called Polygonum cuspidatum.

In Spain, precisely because it is a country with a strong winemaking tradition, the molecule derived from grapes is used, in a greater proportion than Resveratrol obtained from other vegetables.

For its part, OPC (nomenclature whose acronyms come from English, and which mean Oligomeric Proanthocynadins Complexes) is a bioflavonoid, a type of antioxidant substances, produced in the vegetable field and found mainly in the seeds of grapes.

Both OPC and Resveratrol have been shown to be very effective in various problems, among which they would stand out (González, Gil, Ginés, Beltrán, Pinent and Ardévol, 2019):

At the venous level, the action of OPC and Resveratrol has become very popular thanks to the “French Paradox”, which points out that in France there is a diet rich in fats, which, however, generates fewer cardiovascular accidents than generated with another type of diet, low in fat, typical of most western countries, as is the case in Anglo-Saxon countries.

Why does this paradox occur? First, OPC and Resveratrol are considered to inhibit oxidation of LDL cholesterol as well as platelet aggregation (Dybkowska, Sadowska, Świderski, Rakowska, and Wysocka, 2018). Secondly, it turns out that, in parallel, OPC and Resveratrol reduce cholesterol and triglyceride levels. To finally induce a vasodilatory effect on the arterial system. In this way, they reduce cardiovascular problems although the diet is characterized by being rich in fats.

Regarding OPCs, it should be noted that they have many antioxidant properties that allow them to slow down, or even reverse, the damage caused by arteriosclerosis. OPC also acts on venous insufficiency that causes the formation of varicose veins, since it reduces inflammation of the veins and the resulting pain, while also promoting vasodilation.

Although it does not make the existing varicose veins disappear, the OPC attenuates them, alleviating their discomfort, and can also prevent their appearance, which gives it an important anti-inflammatory power.

The issue of cancer and its prevention is delicate today due to all that this disease implies, although research indicates that both OPC and Resveratrol are able to prevent the formation of cancer cells, stop the proliferation of malignant cells and act the same way an anti-inflammatory would. 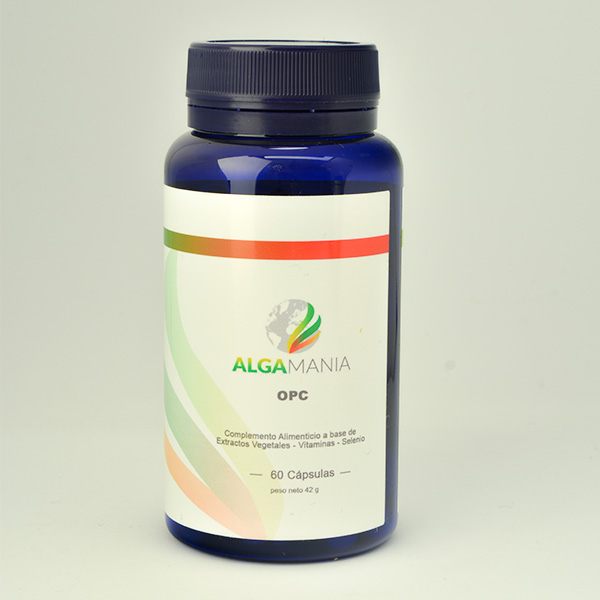 Similarly, these antioxidants also retract the action of the NF-KappaB protein, which protects cancer cells from those therapies designed to destroy them, such as chemotherapy and radiotherapy (Ravindranathan, Pasham, Balaji, Cardenas, Gu and Toden, 2018).

Finally, the studies indicate that, by modifying throughout the intestinal transit process in a substance with a composition similar to that of estrogens, the appearance and repercussion of certain types of cancers are reduced, such as in the case of prostate cancer or breast cancer (Toden, Ravindranathan, Gu, Cardenas, Yuchang and Goel, 2018).

And it is precisely this specific metabolic process of Resveratrol and OPC that enables the risks of osteoporosis to be minimized, and the risks of suffering from a depression disorder at menopause to be reduced considerably and significantly (Dumoulin, Gaudout and Lemaire , 2016).

Similarly, the efficacy of OPC and Resveratrol has been demonstrated in the case of myocardial infarctions, where these antioxidants have shown their effectiveness in slowing down the extension of fibrous tissues in the heart, which is usually what happens after this type of diseases.

Likewise, these antioxidants have been widely effective in the fight against the influenza virus and, even going further, in certain cases of neurodegenerative diseases (Lian, Nie, Zhang, Tan, Cao and Chen, 2016). Also, different investigations have concluded that Resveratrol can be beneficial for diabetes (Kantartzis, Fritsche and Bombrich, 2018), something that is currently being studied even in the case of OPC, but that seems to be able to continue in the same beneficial tonic as Resveratrol.

All this, together with the ability to act effectively on these two antioxidants in other disorders and pathologies, has made OPC and Resveratrol are currently considered as an essential and highly valued nutritional supplement, given their properties and important benefits for humans.

WHERE IS OPC AND RESVERATROL EXTRACTED? 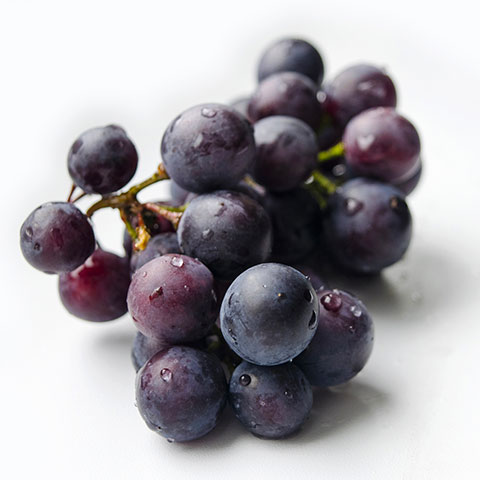 Nutrition and health The source in which we can find OPC is exclusively in the seeds of the black grape, which when pressed gives off this powerful compound. For its part, the main source of Resveratrol in our country is in grapes and wine.

Consuming red wine in moderation has important beneficial effects for the body, due to the high levels of Resveratrol that this drink has. In the case of white or rosé wine, the levels of this antioxidant are lower, since the liquid spends less time in contact with the grape skin, therefore, when consuming wine, it is better to drink red and take advantage of its properties.

Drinking wine, as we say, has benefits in that it provides an extra antioxidant to the body. But, in order for it to have significant effects, we should consume so much that it would be practically impossible to do so on a normal diet. Therefore, it is better to resort to nutritional supplements, as would be the case of the OPC that we have in our Algamania store.

In the next article we will detail what makes the OPC that we offer to the consumer different, delving into its components, in order to analyze in a more exhaustive way its virtues for the organism and health.