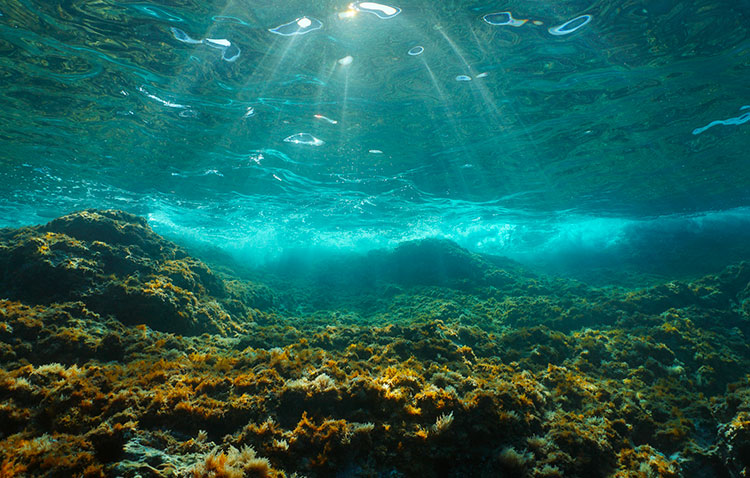 Spirulina is the botanical name for a tiny bluish-green algae, measuring just half a millimeter in length.

In reality, and contrary to popular belief, it is not an algae, but a cyanobacterium, although some official bodies, such as the WHO or the UN, still call it “algae”.

The Latin word Spirulina means “small spiral” and describes a structure that has this shape.

Spirulina has a multicellular structure and develops as a plankton in freshwater (Mani, Desai and Iyer, 2010). Today, it is known that there are more than thirty species of Spirulina.

In Spain, specifically, there are platensis crops in the rich mineral waters of the Sierra Espuña natural park, in the province of Múrcia, which are renowned for their high quality.

A little history about Spirulina platensis

This role was fundamental for our planet, since it reduced the so high levels of carbon dioxide, thus promoting an oxygen-rich atmosphere. This gave rise to more evolved life forms (Biesalski, 2017).

The first men to consume this seaweed as food were the tribes of Africa settled in the surroundings of Lake Chad. In times of poor harvests and food shortages, regular consumption of spirulina met their needs and helped them maintain their health.

The Aztec populations also used this seaweed as a staple food, which allowed them to develop highly populated cities without problems of lack of food.

As we said previously, Spirulina can be cultivated by man, and in this cultivation there are 2 notable advantages (Biesalski, 2017) that make it highly desired: 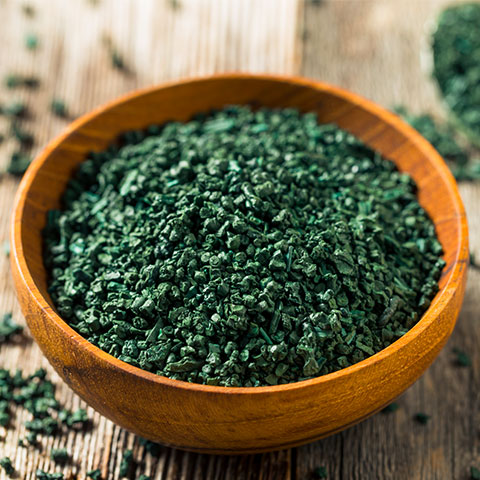 Its nutritional value is one of the main causes of its recent success. The WHO issued a statement in 1993 on the revolution that the cultivation of spirulina could bring to certain areas of the planet with infertile soils and serious problems of malnutrition, such as Africa (Misbahuddin, Islam, Khandker et al., 2016).

Thus, in its statement, the WHO explicitly states that Spirulina is a very suitable and essential food for the future of many peoples, as it is rich in iron and protein and can be administered without risk to children (Biesalski, 2017; Watanabe, Takenaka, Kittaka-Katsura et al., 2002).

For its part, the UN, through the Intergovernmental Institute for the Use of Microalgae against Malnutrition, promotes the use of microalgae (in particular, that of Spirulina) to combat and eradicate malnutrition in the world (Baicus, and Baicus, 2007).

The Nutritional Contribution of Spirulina Seaweed

Let’s see, below and in more detail, what is this nutritional contribution of spirulina.
As considered by the WHO, spirulina is recognized today as one of the richest foods in nutrients. Specifically, Spirulina has (Biesalski, 2017; Mani, Desai and Iyer, 2010; Misbahuddin, Islam, Khandker et al., 2016):

In view of these characteristics in its composition, it is evident why this cyanobacterium is considered one of the superfoods of the moment, since its cultivation can eradicate hunger in many places on the planet where famine lurks irreparably.

This makes it enormously beneficial for those people who are most in need of vitamins, minerals, trace elements and amino acids (Wu, Ho, Shieh and Lu, 2015).

In future articles we will analyze what are its benefits, not only at the nutritional level, but also in terms of the impact that Spirulina has on our health.