A CAROTENOID TO DISCOVER: ASTAXANTINE 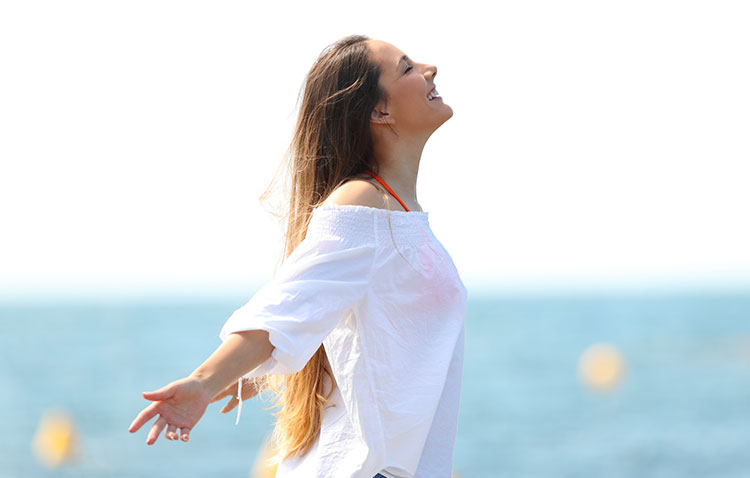 TODAY, THE GREAT MAJORITY OF PEOPLE INTERESTED IN HEALTHY LIFE AND NATURAL HEALTH HAVE LISTENED TO TALK ABOUT ANTIOXIDANTS AND THEIR BENEFITS, AND CAROTENOIDS AS A SPECIFIC TYPE OF ANTIOXIDANT.

Both, antioxidants and carotenoids, are buzzwords, which advertising and the media use even in excess, and with a clear commercial trend, focused on buying and selling them, to obtain economic benefits.

This has unfortunately caused many foods to have been attributed “antioxidant effects” when, in fact, this effect is much less than what they want us to believe (Ranga, Sarada, Baskaran and Ravishankar, 2009).

Be that as it may, and from our perspective of “understanding nature and copying it” (as it is, not artificially) we believe that it is necessary for all of us to ask ourselves fundamental questions regarding the antioxidants attributed to almost any product.

First of all, we must reflect and ask ourselves about its true antioxidant capacity.

WHY SHOULD WE DO IT?

For the simple reason that daily activities (either due to weather conditions and excess sun, due to daily stress, or due to the physical exercise we carry out) already lead to the appearance of free radicals and, therefore, , cellular oxidation.

If we consume foods believing that they are antioxidants, and they certainly do not have as much power as they have “sold us”, we would not be in a position to put a brake on them and fight them. Even if we consume foods that do have antioxidants in moderate amounts, the amount necessary to counter the effects of harmful free radicals would be so high that our diet could not supply us with what our body needs.

But, on the contrary, with foods or supplements rich in antioxidants it will not be necessary as much, and the probability of protecting you from the damage caused by free radicals will also be greater. And here lies the importance of questioning the antioxidant capacity of what we consume, as well as the type of antioxidant we are consuming.

The main function of antioxidants is to NEUTRALIZE and fight free radicals. There are two main types that we can find in nature (Alam, Xu and Wang, (Eds.), 2020; Amos, 2005):

WHAT IS SOLUBLE IN WATER (WHICH IS CALLED HYDROPHILIC)

THOSE THAT ARE SOLUBLE IN FATS / LIPIDS (WHICH ARE CALLED HYDROPHOBICS)

The organism, to fight against annoying free radicals, requires the two categories that we have just pointed out, since each of them captures free radicals in different types of cells and tissues (Gómez, Menéndez, Álvarez and Flores, 2009). Therefore, taking them together increases both the efficiency of water-soluble antioxidants and lipid-soluble antioxidants.

Within the group of antioxidants, there is a superior one, which is capable of being soluble in both water and lipids, which is the pigment responsible for the pink color of salmon meat. In a previous article we explained how salmon fought with an unusual force for their size thanks to the accumulation of this type of prodigious antioxidant, Astaxanthin, in their bodies.

This is also the pigment responsible for the pink color of flamingos (many of us were unaware that newborn flamingos are white and eventually acquire their pink coloration thanks to the Astaxanthin-laden foods they consume). Astaxanthin belongs to a class of naturally occurring pigments called carotenoids (Martin, Jager, Ruck, & Schimdt, 2009). Despite the more than 700 carotenoids in existence, almost all of us have heard of one type of them, the most popular: beta-carotene.

WHERE DO WE GET CAROTENOIDS? 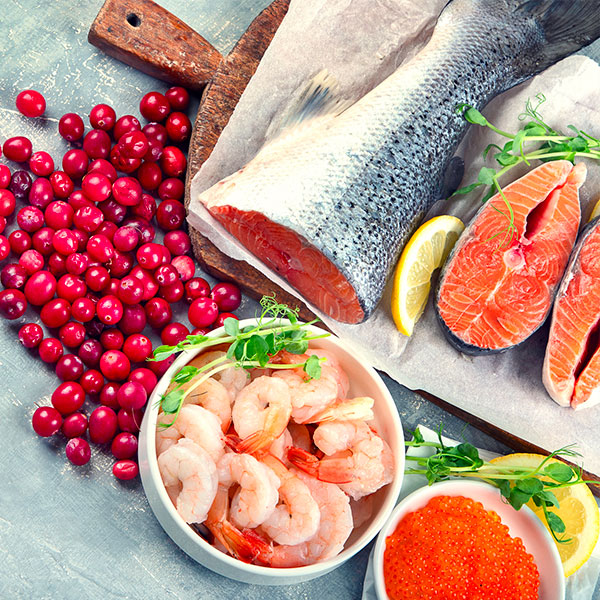 Algae and health A diet rich in fresh and organic vegetables includes the intake of abundant carotenoids. However, the carotenoid that has the super antioxidant that we are talking about is very difficult (and expensive) to obtain. In fact, there are only two known sources: a micro algae called Haemotococcus Pluvialis and the animals that consume this algae, such as salmon and krill.

We could take other carotenoids, it is true, but a little later we will explain why Astaxanthin surpasses any other (Gómez, Menéndez, Álvarez and Flores, 2009).

To take advantage of the benefits of Astaxanthin (we will never tire of repeating it, the king of carotenoids) in the same way that salmon does, we would need to find and consume the type of micro algae we just named, which is highly unlikely ( Camacho, González and Klotz, 2013).

Or, we would only be left to gorge ourselves with huge and impossible amounts of salmon, which would also need to be wild or natural (as farmed fish are fed with feed and artificial pigment to give their skin the pink color) (Christiansen, Lie and Torrissen , 2005).

Even if we are willing to pay the high price of wild salmon, the mercury and other heavy metals content of fish is highly concerning. Therefore, there is a simpler solution that allows us to enjoy the incredible properties of this prodigious antioxidant: take Astaxanthin as a supplement (Capelli, Bagchi and Cysewski, 2013).

From Algamania we are so convinced of its benefits that we ourselves are consuming our 12 mg dose daily. since we started researching it, more than 2 years ago. We can attest to many benefits in our own bodies, also seeing the results in our clients and their families. For all consumers of our Astaxanthin, there is a clear consensus that overall health has greatly improved, and that the immune system is stronger and more resilient.

In the next article we will do a comparative analysis of Astaxanthin with respect to other more popular carotenoids, in order to delve into which of them is more worthwhile.

Capelli, B., Bagchi, D. and Cysewski, G.R. (2013). Synthetic Astaxanthin is significantly inferior to algal-based Astaxanthin as an antioxidant and may not be suitable as a human nutraceutical supplement. Nutrafoods, 12 (4), 145-152.

Gómez, L., Menéndez, J., Álvarez, I. and Flores, I. (2009). Effect of different protocols of application of a magnetic field (0.03T) on the growth, viability and pigment composition of Haematococcus pluvialis Flotow in sufficiency and absence of nitrogen. Plant Biotechnology, 9 (2), 105-117.