WHAT DO WE KNOW ABOUT SEAWEED?

Algamania > News > Algae on the Planet > WHAT DO WE KNOW ABOUT SEAWEED? 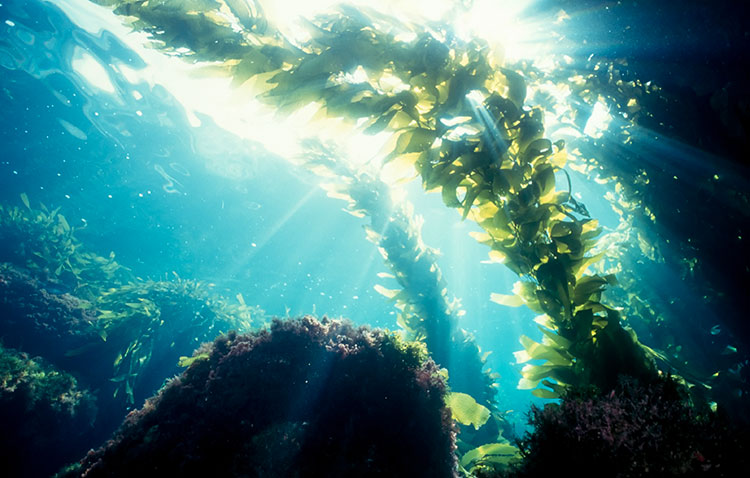 The planet Earth is covered with water in more than 75% of its surface, so that its marine flora is abundant and rich, although tremendously unknown in general and, in particular, by the western world.

If we walk through fields, forests and mountains, although we do not have great knowledge, we are usually all able to recognize and distinguish plants and shrubs, know how they are called, whether or not they are edible and, even, for what they can be beneficial .

The story is also written by Algae

But before Christ there is a history of its use. In the “Taibo Law” (701 BC), it is reported how some seaweed, such as Laminaria, Undaria, Porphyra and Gelidium, constituted a part of the products that were paid to the emperor of Japan as a tax. And it also specifies how twenty-one species of seaweed (green, red and brown) were used as basic livelihoods of the population.

Similarly, we know that the Aztecs used Spirulina Algae as a protein supplement. And when the Spaniards arrived in the New World, they found that the Aztec natives traded with it and incorporated it into their daily diet, so much so that Spirulina is known as the “Aztec superfood”, which is considered the source of all Its powers. 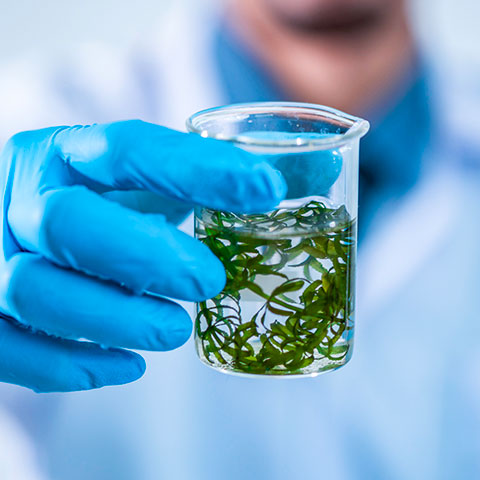 Traditionally, the consumption of algae has been important in areas and territories where arable land was scarce or non-existent, especially in the islands. This is the case of Hawaii, whose inhabitants, even today, are the ones that consume the greatest number of species other than algae, still being found in the markets.

What is evident is that, as a result of emigration, seaweeds have reached many non-Asian countries thanks to the import and export of products which has resulted in a great diversity of products that have as a basis, algae (whether salted, dried and / or fresh) in almost every place on the planet.

So much so that, in the last 50 years, demand growth has exceeded supply capacity from wild algae (which are found in natural reserves and marine forests), to the point where At present, an important algae culture industry has been developed, which produces more than 90% of the algae consumed.

The work with the algae is simple: the algae are collected in the spring season and in the summer, leaving them to dry in the field so that the sun and the air dry them out and leave them prepared to chop, package and store under vacuum, so that they can be preserved for a long time keeping their properties and benefits unalterable over a long time and without the need for cold storage for maintenance and conservation.

Therefore, we can now consider that many populations by the sea have taken advantage of seaweed as a source of subsistence, either the consumption of algae as a traditional food, or as a way of life based on a subsistence economy.

Algae and its role in food 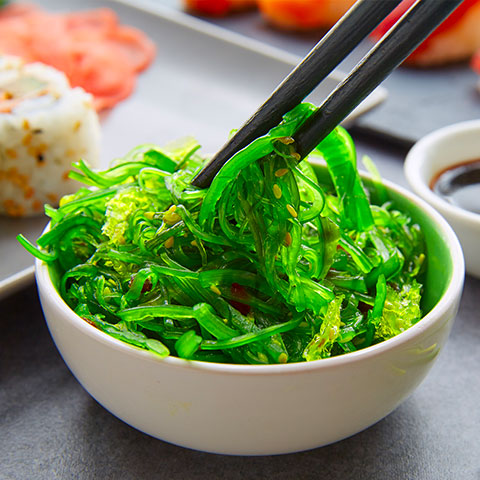 At the culinary level, the possibilities of algae are endless. Currently, the search for new flavors and healthier foods has led us to use algae in different ways:

Kelp seaweed, for example, can be taken in nutritional supplements or added to salads or in various stews to increase the contribution of minerals or as a substitute for common salt, with the advantage of having less sodium and more minerals, especially Magnesium, calcium and iodine.

Also, seaweed involves the introduction of new culinary flavors, whether fresh or boiled, adding them in soups, sauces and pre-cooked dishes, in vegetable patties, in pizzas, tortillas, etc. Each country has its own recipes but, traditionally, they are prepared in three ways:

Seen this way, and given the multiple uses that algae have in various fields, an entire industry is developing around them, which has all the auspices of being highly promising. If our country has a lot of coastline, and access to marine forests is feasible, why not use research to make algae useful to humans in different facets?

Throughout these articles, we will try to make an approach to the use of algae as a human complement full of benefits. Let’s go to it!

FAO (2010). The world state of fisheries and aquaculture. FAO Fisheries and Aquaculture Department. UNITED NATIONS ORGANIZATION FOR AGRICULTURE AND FOOD. Rome. In http://www.fao.org/docrep/013/i1820s/i1820s01.pdf.